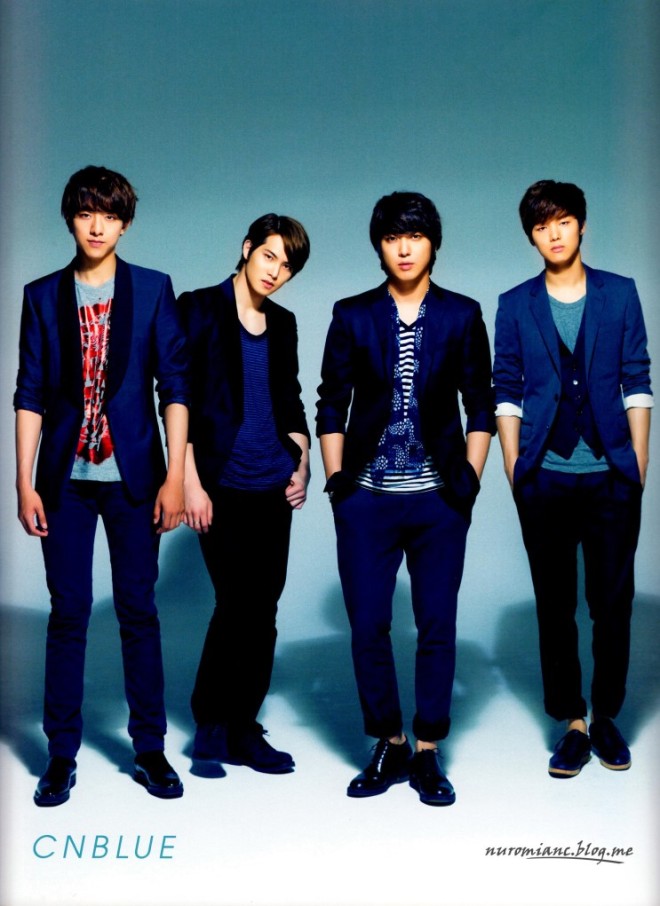 CNBLUE will release a single just like the summer, ‘Lady’ on July 31st. About this ‘Groovy CNBLUE’ song that has disco atmosphere, we threw ‘Lady’ questions associated from the lyrics at them.

As a part of world tour, CNBLUE hold Zepp tour in Japan this summer. Moreover they will appearat summer festivals. They release a groovy dance tune ‘Lady’ as if we begin to dance in the summer live. A party at night, A lady is made a target, she is already mine… We set the song that is the sexiest in CNBLUE songs as a theme, probed into their private.

‘Lady’ is the word that fits the song the best.

– New song ‘Lady’, did you make this song with awareness that this is released in Japan?
Yonghwa Not especially. I’m not particular about where the song will be released. I release completed songs at release season.

– Were you aware of the single released in summer?
Yonghwa: Yes I was. In fact when I was writing a song like ballad, but it doesn’t suit summer, so I omitted it this time.

– What is a theme of ‘Lady’?
Yonghwa: When we go to summer festival, everyone dances and livens up the atmosphere, like club. I wrote with such a portrait. We will play at summer festivals this year, this song is like disco and we can feel coolness, so it’s just like a summer.

-What is the root of this title?
Yonghwa: ‘Lady’ is the word that fits the song the best.

– How do you feel after you play it?
Minhyuk: This song is fun. While playing we’re liven up because rhythm of this song is disco..
Jonghyun: In fact I didn’t make songs for a while after I made ‘Blind Love’ though I already start to make again. I felt something is lacking, so I was studying music. In the mean time, I left songs making to Yonghwa. Then he completed very good songs. When I listen to ‘Lady’ for the first time, I felt it’s groovy song. It has sexy atmosphere, too. It is like summer, isn’t it?
Yonghwa: Because this song is cool and fresh.
Jonghyun: I felt the disco song like it also suits summer. Rhythm is good, isn’t it?
Jungshin: Mwo?
3 members *except JS*: hahahahaha! ‘Mwo?’

– What, what is it?
Jungshin: I say ‘Mwo’ from a habit before I start to talk. I’m being made fun of it by members (wry smile)
Jonghyun: ‘Mwo’ is Korean, ‘Nani?’ in Japanese. *’What?’
in English* (so bunny buin, lets follow him saying ‘mwo’ before start talking, kkk)

– I see (laugh) How do you feel after you play ‘Lady’, Jungshin?
Jungshin: Just like other members had said, I felt it’s just like summer. There were originally two versions about rhythm in this song. The other one is a little difficult.
Yonghwa: We felt guy while listening its one, but the playing is complicated.
Jungshin: And another one is now disco rhythm. This song became groovy because rhythm was decided this version. That’s why I’m looking forward to playing it at live.

– Well, I’ll ask you from lyrics of ‘Lady’. At first, what kind of ‘Lady’ that appears in front of you,  and you feel ‘I want you’?
Yonghwa: If she is so cute, I might think too much and feel much pressure (laugh) the best person is who agrees with each other. I guess Minhyuk’s thought is so, isn’t it?
Minhyuk: Yes. Most important thing is her personality. First when we’re directly meet, whether we can understand or not, it’s important. And I like a person who has pure eyes.
Jonghyun: Mine is feeling *his important point*
Yonghwa: It’s just a feeling~~ (suddenly started to sing ‘feeling’)
Jonghyun: If our feelings coincide, I can understand her without doing nothing.
Jungshin: I…… I like a person who is whiter than me.
Yonghwa: Such people are many! (laugh)
Jungshin: And a person who agrees with each other, and…
Jonghyun: Despite his appearance, he has lofty ideal. He is most particular of all.
Jungshin: Because I’ve not kept company with so many women, I become  too much.

– Then, if you meet a ‘Lady’ whom you felt ‘I want you’, how do you approach her?
Minhyuk: I catch her soon.
3 members: whew~~ (laugh) how manly!
Minhyuk: Oh why? I catch her as my girlfriend.
Yonghwa: I don’t understand him well. If I feel positive, I approach her, but if I don’t feel so, I don’t by the situation or atmosphere at that time.
Jonghyun: Feeling is important for me, so if I like her, she should like me. Special approach doesn’t need. It’s rare only one side like her, isn’t it?
Yonghwa: Really? I don’t think so~ (laugh)
Jungshin: I can’t approach someone at all.
Yonghwa: In case of Jungshin, his perspiring on the nose is the sign of ‘I love you’ (laugh) (All were staring at Jungshin) Look~, hahahaha, he is just sweating on his nose.
Jungshin: No I’m not! (laugh)
Minhyuk: Jungshin sweats on his nose only when he sees a picture of hot food.
Yonghwa: Human tells his mind with words, Jungshin can tell his mind with his nose without speaking! (All burst out laughing)
Jungshin: So, when I meet you, I’ll say ‘Annyunghaseyo~’ (covering his nose with his hand) from now on. (All laughing hard)
Yonghwa: Shall I buy any deodorant for nose? (laugh)
Jungshin: (laugh) By the way, my answer to the question is ‘I can’t’. I couldn’t talk with women well before. I can do it now as might be expected. But I guess I can’t do anything if there is a woman on my heart in front of me.
– So, who is the activist to woman all of you?
Jonghyun: I think such person is no one among us.

-Well, who changes a sexy man in the night, not on the stage?
Yonghwa: Firstly, a man doesn’t feel other man sexy, I don’t know it well.
Jungshin: We’re not sexy, only noisy men in the night. (LOLOLOL)

– Who is the sexiest on the stage?
Yonghwa: (immediately) No doubt, it’s me!
Minhyuk: Yes, he is. His action one by one,
Jonghyun: Sexy.
Yonghwa: Ah~ Sexy moving like that naturally appearance, hahaha (laugh) I usually hide all the points.
Jonghyun: hehehe (laugh) I see. I think everyone who works hard is sexy. But Jungshin is all in sweat when he plays bass hard, so this point is uncool (laugh)
Jungshin: What!?
Jonghyun: But okay. Jungshin hascute (smile)

-‘Lady’ is groovy music, do you sometimes go to a club and spend the ‘party’ night?
All: No, we don’t.
Jungshin: Not club, we dance in a house or car, don’t we?
Yonghwa: A car leaps because of it (laugh)
Minhyuk: We’re listen to music which makes us dance and we move.

-When you play ‘Lady’ at summer festivals or tours, members and audiences will become like a party.
Yonghwa: Let’s dance hard! 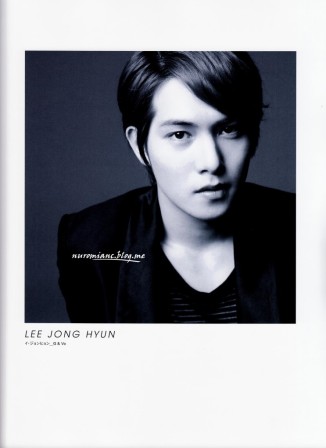 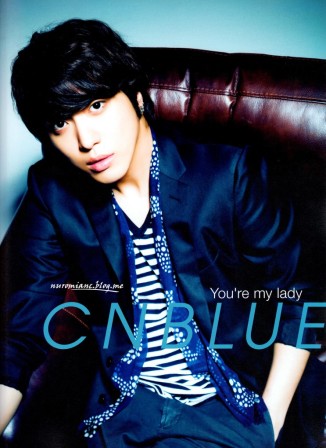 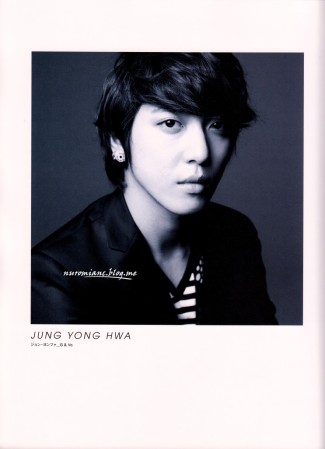 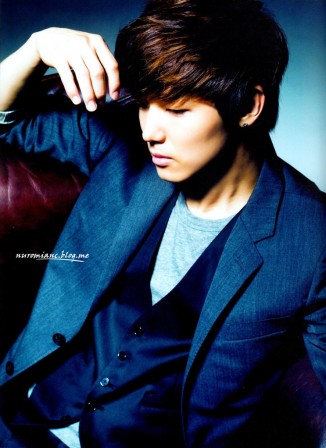 Edited and Posted by bpb decoded/cnboice